Drawing, reflecting and meditating, setting out my plan for the essay. 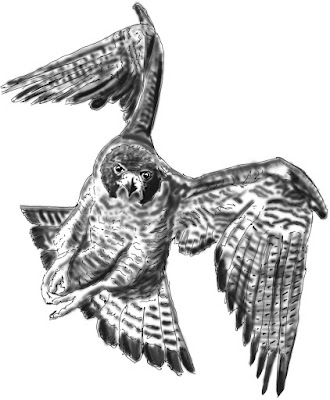 Following my short discussion with Rowan earlier today, I thought it wise to allow the conversation to digest for a little while before writing up the contents. However, in preparation for a suggested storyboard for the reflective essay, I thought it would be useful to make some simple drawings of ideas that could be incorporated into the document. The notion I've been following from the objectives and aims that I articulated on my recent update summary, - that is of somehow getting a rapport with the object of attention (the peregrine), led me to contemplate thoughts of;

What do we have in common with the other creatures we share this planet with? How are we both similar and different?

What is important to a Peregrine? 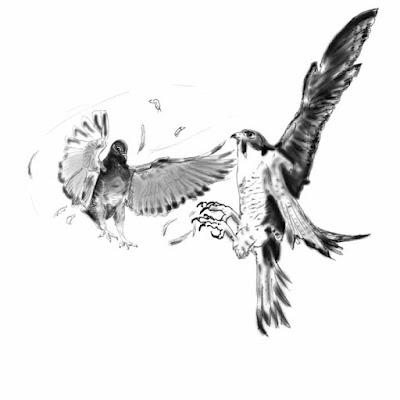 A renewed perspectival idea of repositioning our point of view can lead to entirely new forms of understanding. This in itself, is not new. But a near obsessive exploration from another species perspective can bring a liberation of thought and contemplation I think.


Reviewing a TED talk by Micheal Pollan (in 2006), he was able to draw interesting conclusions using such a method. For instance, he found that by looking at the world from the point of view of a different species is a

"cure for the human disease of self-importance" -Michael Pollan (2006).

He also mentions 'The Cartesian system', that "we bend other species to our own will". And as an example of human absurdity, he states that "Since 1950 and 2000 the human population has doubled. However, meat production has increased FIVE fold…"

We, as humans, don't just kill what we need, we are probably the only creature on the planet (other than perhaps the Fox?), to continue to kill and store food well beyond our actual needs...

This ties in well with the readings again of John Gray and Straw Dogs; Thoughts on Humans and Other Animals" (2002).
Posted by Graham Hadfield at 12:18